Figuring out how long to cook pork roast in a crock pot can be a tough one especially if you are using the pot for the first time.

This article would give you a general overview of the duration of time needed to cook pork roast in a crock pot and throw in some tips for other food items as well.

We believe that if you get a hang of these basics, you’d be able to easily follow any pork roast recipe. 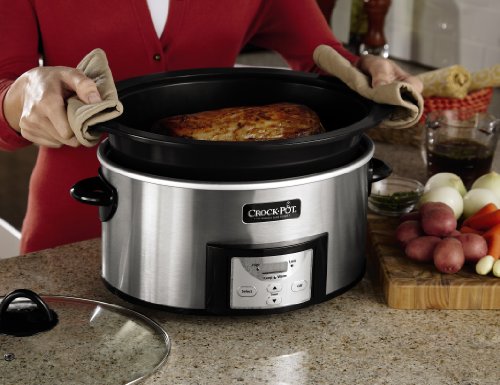 The Basics Of Cooking Pork Roast In A Crock Pot

Many crock pots have only two settings which are the high and low settings. Most recipes for crock pots call for low setting because food cooks better when set on gentle heat over a long time.

Sometimes you may want to prepare a crock pot recipe but don’t have enough prep time; at the point you can resort to using the high setting.

When choosing these settings, bear in mind that there are several factors that affect how long a food item would/should cook. These factors include the following:-

So considering all the above, whatever cooking time recommended is only an approximate guide. You would still have to try out different timings and settings with your own crock pot .

Going From “High” Setting to “Low”

Although the difference between both settings may differ from pot to pot, one point of consistency is this: on the low setting, it takes food at least 7 to 8 hours to reach boiling pot whereas it takes half of that time on high.

An approximate way of going from “high” setting to “low” or in reverse is to  divide or multiply the initial time by  1 ½ to 2 ½ hours.

Food Would Cook As They Are Layered

One important fact to note is that since the heating element of most crock pots is underneath, the food at the bottom would cook faster. To this end, it is important to layer the food in order of their density and how long they require to cook.

So for pork roast recipes, it goes without saying that the meat would be at the bottom of the pot then you can layer on other ingredients.

There are several factors to consider when you set out to cook pork roast in a crock pot . These factors include the following:-

Setting Of The Pot In Relation To The Cooking Time

Type of Cut of Meat

The best type of roast to cook in a crock pot is the tough and fatty roasts. These types of cut get more tender the longer they cook whereas the leaner cuts of meat would dry out.

The boneless variety of meat would also takes less time to cook than the cut with bone. This is because the bone takes up more time to heat than the meat on it.

Most newbies make the mistake of not trimming the fat out of their pork roast. The best pork roast recipes are those are made with meat that the fat has been trimmed off from.

After trimming the cut of meat, tie it. This may appear to be too much work for you; if so, ask your butcher to trim and tie the meat for you.

Because pork roast is thick with deep layers, you need to season it properly or else the interior would come out flavorless.

The best way to ensure that the seasoning permeates every part of the meat is to rub in generous quantities of whatever seasoning you choose to use. Then place the meat in a Ziploc bag and leave in overnight in the fridge.

If you are pressed for time and can not marinate the meat overnight, then let is sit for no less than half an hour.

Shape and Size of The Roast

We would all agree that it makes sense to know that a larger cut of meat would take more time to cook. However, it is important to note that it is not only the weight of the meat that matters. The shape of the meat can also affect how long it would need to cook.

The heat would need to pass through a thicker mass of meat to reach the center of the round shaped meat. This would definitely elongate the cooking time.

How Full You Pack Your Crock Pot

We all know that the standard thing is to add some veggies and roots to port roast. But if you are not careful, you would fill the pot beyond its capacity. And when you do, this would make the pork roast stay longer than the recipe calls for.

If you are always cooking large crock pot recipes then consider buying the large size so that you would not have to over stuff your pot. 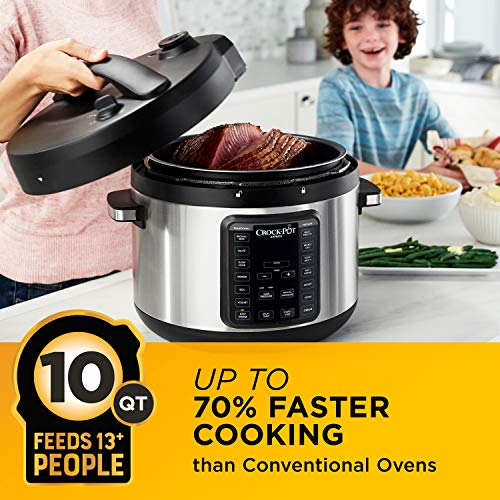 The Type And Quantity Of Liquid You Start Out With

Some people think that since you require some liquid for food that cannot generate juice by themselves, you can start out cooking in a crock pot with every kind of liquid.

Not so, the best liquids to use in place of water include : broth, wine or other liqueur. Liquids such as milk are a No! No!

That being said however, the slow cooker does not require as much water or liquid as your regular cookware. so always remember: less water/liquid than regular.

Do Not Add Diary Products Too Early Into The Cooking Time

Following from the point we made earlier about milk, always remember that you do not add dairy products at the beginning of your cooking time.

Always leave it till the ending of the cooking time. If you add dairy products early, they’ll curdle and make a mess of your recipe.

When you cook with your regular pot on the stovetop, alcohol or wine would boil down and reduce leaving the food with a subtle hint of the liqueur used. That however, is not the case with a slow cooker or crock pot.

Since the wine or liqueur you add to a crock pot recipe does not boil down, you need to be careful. The best way to save yourself the heartache of having a pork roast dinner with an overwhelming taste of liqueur is to adhere strictly to what is called for in the recipe.

Another method is using the liqueur called for in your recipe to deglaze the pan you used to sear the pork roast. Then you add it to the ingredients.

Peeking Into The Pot While Cooking

You might be tempted to peek into your pot to check out what’s cooking. But this is not a good move. This is because every time you open the lid of the pot, you are letting out heat and steam which in turn lowers the temperature while increasing the cooking time.

Design of The Pot

Always Use A Food/Kitchen Thermometer

If you are really serious about preparing excellent pork roast recipes at all times, then you need a kitchen thermometer. This would ensure that you cook your meat to the right temperature.

Remember that since some cuts of meat would be thicker than the other, they would not all get cooked at the same time. That’s where the thermometer comes in for you to check and be sure. 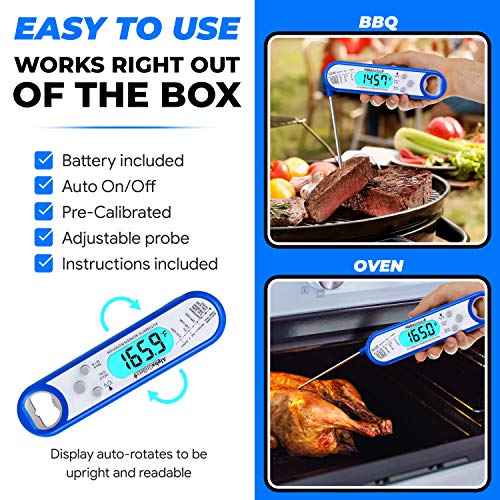 Since crock pot is a brand of slow cooker, many people use the term crock pot and slow cooker interchangeably. For this reason, most tips that you see for slow cookers would work for crock pots.

So the following are some expert tips to follow for cooking your pork roast in a crock pot. Some of these tips would also come in handy for other meat or food items.

One sure way of knowing the duration to cook pork roast in a crock pot is to try out different recipes.

Just throw the ingredients into the crock pot, set it and go about your daily business. It is safe to leave your crock pot and go to work. All you have to do is follow all the safety guide in your user manual.

Finally, we would drop the accompanying video just to give you a visual of some of what we have discussed in this piece.

We have affiliate relationships with the providers (Amazon, Clickbank, etc) of the products, goods and services that are linked to on this page and may be compensated when you buy. But do note that it doesn't increase the cost of the products to you in any way or determine our verdict on a product/service.

We use cookies on our website to give you the most relevant experience by remembering your preferences and repeat visits. By clicking “Accept”, you consent to the use of ALL the cookies.
Cookie settingsACCEPT
Manage consent

Any cookies that may not be particularly necessary for the website to function and is used specifically to collect user personal data via analytics, ads, other embedded contents are termed as non-necessary cookies. It is mandatory to procure user consent prior to running these cookies on your website.